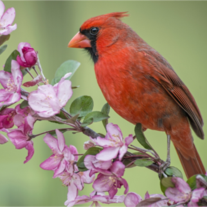 Mrs. Audrey Lee Niemeyer, age 88, passed away at her residence on Monday, March 7, 2016 following a short illness with her family surrounding her.

Audrey was born on October 10, 1927 to Arthur Louis Wolf and Willis Rose “Babe” Stoeckle Wolf in Kansas City, Missouri. On August 7, 1948 she married Robert Joseph Niemeyer when they were just young innocent sweethearts. They remained sweethearts for the sixty-seven years of their enduring marriage, still holding hands and blowing kisses to one another until illness began to take it’s toll and prevent it. Audrey graduated from business school and became a legal secretary. She was very intelligent and was a model wife, mother and homemaker with style and class. She was the greatest example of a homemaker you would ever want to meet. Her daughters are very proud of their beloved mother’s accomplishments both in and out of the home.

She was a terrific hostess, and invited guests over many times. Her creativity as a hostess was extraordinary. One party in particular the family remembers as being especially wonderful, as it was an Hawaiian Luau. As was her custom, the meal was fabulous and keeping with the theme of the party, it was all Polynesian. Audrey was also a great bridge player, having been a member of a Bridge Club in her earlier years. She also was an excellent bowler and that was one of the only sports she was able to best Robert at. She won many trophies over the years. She was a wonderful gardener and was especially well noted for her iris gardens. She raised irises in many colors and they were just beautiful. In her later years she enjoyed sitting on the back porch and watching the hummingbirds and the cardinals, with the cardinals being her favorites. She also loved the lovely rose gardens on the property.

The family will celebrate Audrey’s life with a private memorial service in the rose garden she so loved, at her home in Bon Aqua at a later date.