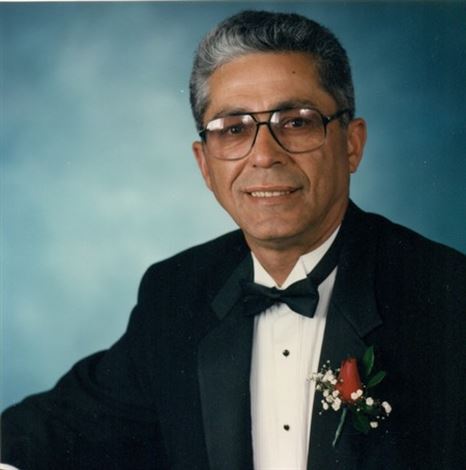 Arne Gustav Kolbjornsen, aka. Neddy, age 72 passed away after a longtime battle with Diabetes on Monday, October 3, 2011, at Summit Medical Center. He was a resident of Nashville. Arne was born in Port-au-Prince, Haiti. He was the son of the late Gustav and Magda Brenke Kolbjornsen. Arne was a true patriot, very proud of his country and all that it stood for. He became an American citizen and served proudly in the United States Air Force for over 20 years, retiring as a Tech Sergeant. He was a comptroller for Perini Corporation for which he spent time in Connecticut, Georgia, Florida, California, Maryland and lastly Tennessee. In his free time Arne was an avid golfer. He took great pride in the fact that he taught all three of his sons to play and enjoy the game of golf. They all grew to love their Saturday morning golf outings with their Dad. He also spent his free time keeping up on all that was going on in the world and knew everything there was to know about political goings on. Arne patiently taught his sons to play Pinochle, and no family gathering was complete until a game or two was played. He was a very proud Red Sox Fan, catching their games whenever he could. Arne was of the Catholic Faith. Arne is survived by his very loving and very devoted wife Sandra Hersey Kolbjornsen. They most recently celebrated their 47th wedding Anniversary on September 26, 2011. He was a very loving and devoted father of three sons, Arne Ned and his wife Christiana of Middletown, Delaware. Douglas and his wife Jody of Ijamsville, Maryland. John and his wife Monica of Walkersville, Maryland. The light of his world were his 8 grandchildren, who will miss him greatly, Meghan, Jaidan, Danielle, Logan, Maxwell, Dylan, Matthew and Mia. Arne is also survived by numerous in-laws from his lovely wife’s family. He was one of 13 children. He is survived by his siblings, Rene and his wife Jessy Kolbjornsen of Florida, Gerda and her husband Serge Breton of California, Marlene Bailly of Haiti, Mitsou Kolbjornsen of Haiti, Patrick and his wife Nellie of California, Siegfried and his wife Cresencia of California and Raphael and his wife Crystal of Florida. He is also survived and will be greatly missed by numerous nieces, nephews, cousins and friends around the world. He is preceded in death by his parents, his sisters Edwidge and Sonia, brothers Frantz, Hans, and Wilhelm. Inurnment will be at Arlington National Cemetery at a later date. Cremation Society of Tennessee is assisting the Kolbjornsen family with the