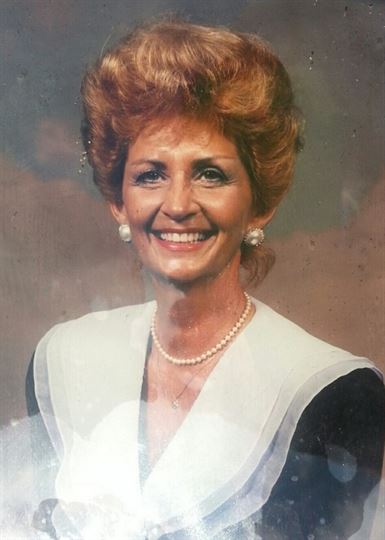 Annette Moore Morris, 77, of Jackson Tennessee entered larger life on early Tuesday morning at her daughter’s home after a long illness. She was the daughter of the late Sammons and Verna Moore of Jackson and the youngest sibling of the late Billy Moore and Dorothy Mashburn, also of Jackson. Annette had lived with her daughter’s family for the past four years in Knoxville, Tn. and more recently in Spring Hill Tn. She is survived by her son, Charles Bradley Womack and his wife Lisa of Savannah, Georgia, her daughter, Michelle Morris Rock and her husband Michael of Spring Hill, Tn., her beloved grandchildren, Julia Moore Mosier of Jackson, a grandson, Hayden Sammons Mosier of Austin, Tx. and a great granddaughter, EmmaRae Caroline, also of Jackson. Annette, known to many as Miss Annie, was born and raised in Jackson. In her earlier life she lived briefly in Germany and traveled throughout Europe. After returning to the States to the West End area of Nashville, she went back to her hometown and obtained her cosmetology license. Her career as a stylist and esthetician would carry her to various cities in and around the South and then onto Florida where she worked in Winter Park and Boca Raton. In the mid seventies, she returned to her hometown of Jackson to be closer to her family. Although she held various jobs, she returned to cosmetology work at Village Beauty Shop in the town’s Hicksville area and then opened her own salon at her residence. She obtained her esthetician license from House of Orlane in New York and after working for various skincare companies, eventually worked for Clinique at what is now Macy’s in Jackson. Upon her retirement, she cared for her dear friends Mr. and Mrs. Hal Meredith until their death. Annie was a vivacious southern lady with friends and acquaintances from all ages and walks of life. She loved art, music and traveling to concerts and festivals. She continued to travel back and forth to Florida whenever she had the opportunity and enjoyed great adventures with her grandchildren. She was a lively and an extraordinarily beautiful woman who lived life to the fullest. She was quite the character and was affectionately known as a ‘pistol’. She leaves behind many loved ones and dear friends who will be forever touched by her gregarious and vibrant nature. Annette wanted a Celebration of Life instead of a traditional funeral encouraging her friends and family to laugh and share her many stories. Her family is planning such a celebration for late this Spring in Jackson. Date and times will be announced on this website and on her daughter’s Facebook page. In lieu of flowers, she asked that donations be made to the American Heart Association and The Humane Society.