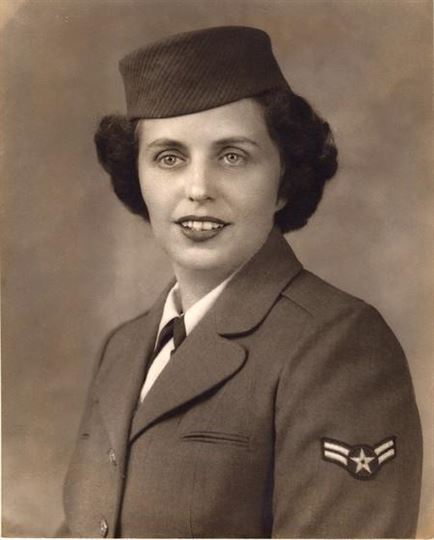 Anna Golden, age 91 of Franklin, TN, died Saturday morning at the residence of her daughter, following an extended illness. Mrs. Golden was a native of Union City, NJ and daughter of the late George and Mary Goggin Jacob. Mrs. Golden was trained as an x-ray technician and served her country in the WAC during WWII, and again during the Korean War era. Mrs. Golden was a resident of Westminster, MD from 1967 – 2002, at which time she relocated to Tennessee. She was preceded in death by her husband: Joseph Benjamin Golden; and is survived by three children: Joseph G. Golden of Orlando, FL, Susan E. Reiersen of Bramburg, SC, and Joanne Golden of Franklin, TN; and 5 grandchildren: Katherine Golden, Kristofer Reiersen, Erik Reiersen, Lauren Reiersen, and Gregory Golden. The family will conduct private services celebrating Mrs. Golden’s life, then join together at a later date for burial in Arlington National Cemetery beside her husband.