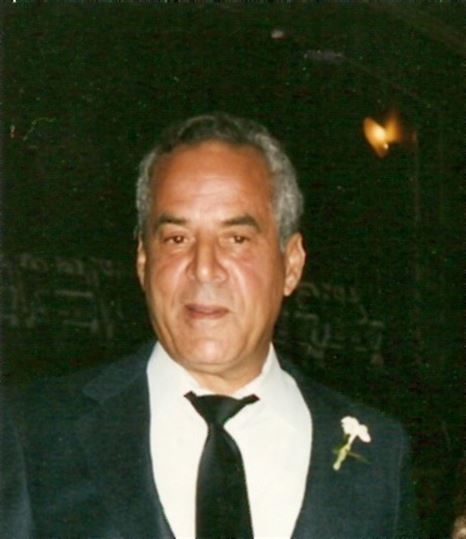 Amsell Alexander “Bud” Colebrooke Jr. was born March 12, 1925 in Medford, MA and died at the home of his daughter, Gail Wetzel, 3044 Butler Rd., Columbia, TN on October 30, 2009. He was the second child of six, and the oldest son, which made him the “man of the house” when he became fatherless at the age of six. He always took responsibility seriously, helping his mother and siblings while growing up, and in supporting and nuturing his family later on. At the age of 7, at the height of the Great Depression, he had a job selling kindling to neighbors until his mother found out his wood supply was from the picket fence around the house. At the age of 9 he had two jobs. By the age of 13 he was driving trucks across three states for a food delivery company that was unaware of his age. At 15 he worked for Alcor Aluminum Co., fabricating parts for warplanes. In 1943, at the age of 17, he lied about his age so that he could join the Aircorp. He had training in Nashville where he classified as pilot/navigator private bombardier, and also found time to meet and marry a Tennessee girl. Then, he was shipped to Lafayette College in Eastern Pennsylvania where he went through officer training. After a medical discharge, due to an injury, he returned to Nashville, Tennessee to make a life for himself and his wife, Georgia Alice Allen Colebrooke. He was the epitome of an entreprenuer, owning numerous companies before settling into a career as land developer for subdivisions and business parks. He had five children, three of whom preceded him in death: infant twin sons and son Ronald Allen Colebrooke. During his life he traveled to every continent of the world and donated hundreds of thousands of dollars to help sick children and endangered animals. There is a children’s park dedicated to him in Medford, Mass in acknowledgement of his contributions, and he donated his home in Franklin, Tennessee to Vanderbilt Children’s Hospital. Bud died at home after a 20 year struggle with Parkinson’s Disease. “We can shed tears because he is gone; or we can smile because he has lived.” Bud is survived by his sister: Ms. Trudi Clubb of Ocean City, Md; two daughters: Gail Mrs. Daniel L. Wetzel of Columbia, TN; and Catherine Mrs. Doug Cutler of Brentwood, TN; nine grandchildren and five great-grandchildren. A private memorial was held by immediate family. The family will be receiving friends and business associates at the home of Mr. and Mrs. Cutler, 9556 Concord Rd., Brentwood TN on Saturday, November 7th, after 4:30 pm. Donations to your local humane society will continue Bud’s compassion for animals.